With an eight-month wait list for Kennedy CHC patients to see its one optometrist, Kennedy CHC entered into the partnership with MCPHS in an effort to expand services while meeting the clinical requirement for the University’s OD students.  MCPHS has provided the clinical equipment, students and preceptors; Kennedy CHC is providing the space and patients, and will keep the revenue thus making the expanded services sustainable over the long term.

Kennedy CHC built out the new space and infrastructure for the expanded optometry practice at its 631 Lincoln Street, which also houses community programs, a call center and a nurses’ triage area.  The renovation of the facility resulted in five exam rooms to accommodate Kennedy CHC’s one optometrist and four students and preceptors from MCPHS, in addition to a specialty exam room, optical shop and waiting area. The cost of the build-out was generously supported in part by the George I. Alden Trust, the Fletcher Foundation, the Stoddard Charitable Trust and The Health Foundation of Central Mass. 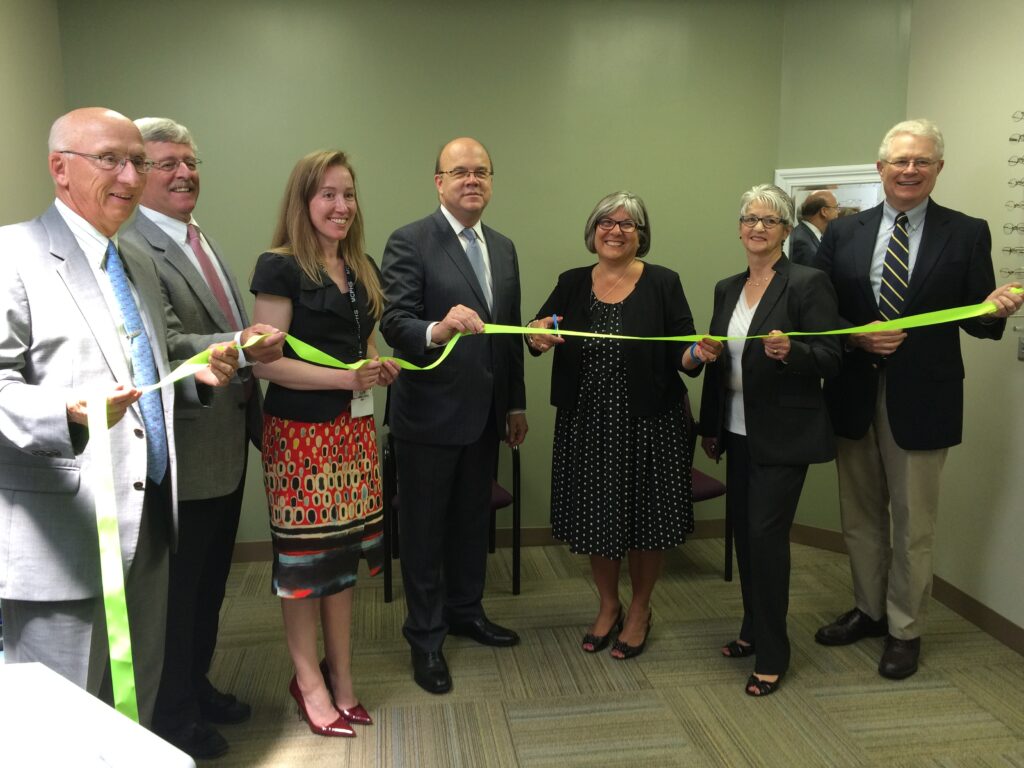