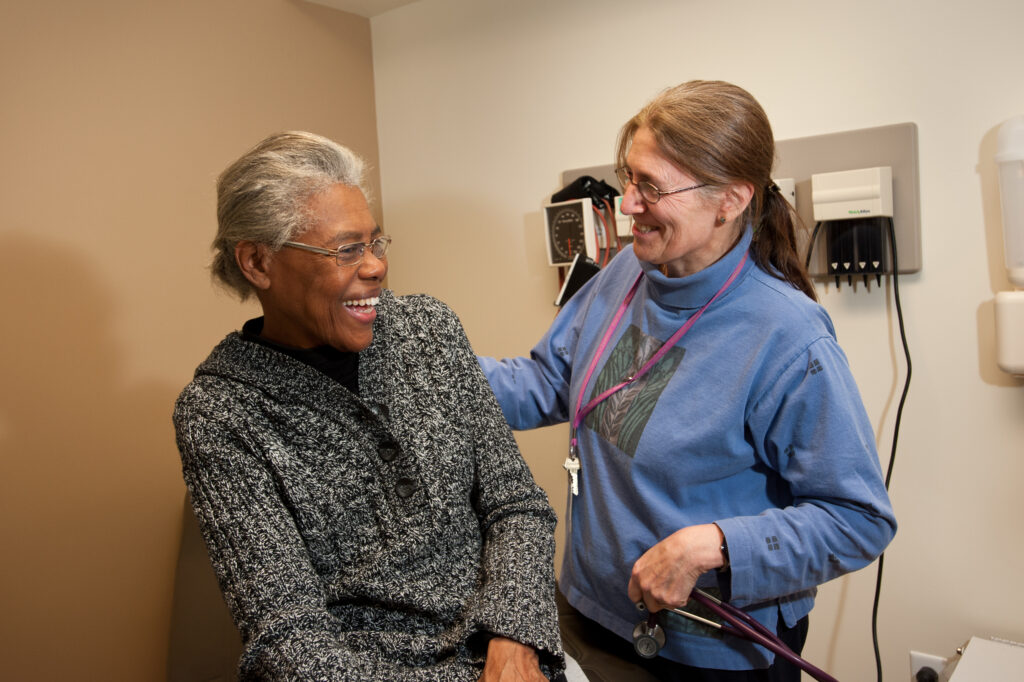 The mission of Edward M. Kennedy Community Health Center (Kennedy CHC) is to “help people live healthier lives.” We believe that everyone has a right to accessible, high quality, comprehensive, integrated and compassionate health care. As a community health center, Kennedy CHC has always provided comprehensive care to its patients, who are at disparate risk for chronic disease and poor health outcomes. Our vision is to be a constantly growing, financially sound, Federally Qualified Community Health Center that:

• efficiently delivers high quality, accessible primary care services.
• becomes the health care home and provider choice of all our patients.
• achieves excellence in outcomes with our patients as partners.
• remains at the forefront of innovative health care practices.

Organizational Leadership and Financial Oversight
Kennedy CHC is organized as a non-profit community health center governed by its Board of Directors, of which the majority of the members are consumers as directed by federal statute. The President and CEO of Kennedy CHC reports to the Board of Directors. Annually, the Board members evaluate the CEO, review hours of operation, review the bylaws, and conduct a self-assessment. There is a strong primary leadership team comprised of the President/CEO, the Chief Operating Officer, the Chief Financial Officer and the Chief Medical Officer.

Providing high quality, comprehensive health care necessitates preserving the fiscal health of the organization. While the Kennedy CHC receives substantial funding under the federal Bureau of Primary Health Care 330(i), it utilizes a multifaceted, comprehensive approach to acquire and maintain levels of funding sufficient to meet its needs, including grants and contracts and third-party billing. From 2009 to 2011, Kennedy CHC received several million dollars in American Reinvestment and Recovery Act and Affordable Care Act funds for community health center expansion and capital improvements to maximize third-party reimbursable services.

Kennedy CHC is a state certified minority enterprise, accredited by the Joint Commission and successful in Bureau of Primary Health Care reviews. We have a proven track record of timely, accurate and thorough reporting and submission of federal, state, municipal, and private grant applications and reports, both fiscal and programmatic. We take seriously our responsibility to monitor the progress of projects toward objectives, including monitoring contract deliverables and fiscal oversight.

History of Federal and State Grants and Contracts
Kennedy CHC has been successfully involved with numerous Commonwealth-subsidized health programs over the years with some contracts dating back to 1985. As a safety net provider, Kennedy CHC receives funding from the Health Safety Net. It also receives reimbursement from MassHealth and MassHealth managed care organizations, as well as Commonwealth Care managed care organizations. Since 2003, Kennedy CHC has held many contracts with both the MA Department of Public Health (MDPH) including HIV Information, Screening Counseling, Referral, and Testing; Enhanced Medical Case Management; and Corrections to Community medical integration for HIV positive inmates. The Refugee Health Assessment Program and the Refugee Preventive Health Project are currently funded by MDPH. In addition, EOHHS has contracted in the past with Kennedy CHC for Outreach and Enrollment and provided several grants for infrastructure and capacity building, including one for 2014.

As a federally qualified health center (FQHC), the Kennedy CHC is a recipient of Section 330(i) funding from the Health Resources Services Administration. We have also received regular funding from the Office or Refugees and Immigrants to conduct refugee health assessments and promotion. Kennedy has consistently been successful in providing financial and programmatic oversight of all federal grants.

Diversity and Cultural Competence
Tracing its roots to a 1972 public housing health clinic, in 2014, Kennedy CHC served 5,952 public housing patients. In 2014, according to the Health Resources and Services (HRSA) Administration Uniform Data System (UDS), approximately 95% of Kennedy CHC’s patient population who responded was considered low income (using 200% or less of the federal poverty level) and 29% was uninsured.

Kennedy CHC meets the needs of its diverse population through hiring and retaining multilingual/multicultural staff, ongoing staff training, and an extensive interpreter services program. Kennedy CHC is committed to hiring staff that represent the populations in our communities and speak the languages of our patients, including the newest arrivals. Seventy five percent (75%) of Kennedy CHC’s staff is bilingual, of which 25% is trilingual. The staff speaks 34 languages and represents 35 ethnicities. Kennedy CHC is also a provider of the Refugee Health Assessment Program; as such, it is one of only several sites in Massachusetts to conduct refugee health assessments. Currently we employ staff who speak refugee languages including a community health worker and nurse who speak Swahili, two medical assistants and a medical interpreter who speak Nepali, and a community health worker and medical interpreter who speak Arabic. We also have providers and administrative staff who have worked overseas with refugee populations.

In 2002, Kennedy CHC established the Health Equity/Cultural Competence Committee to improve health equity and cultural competencies. This Committee was charged with identifying a provider champion to lead the effort, incorporate a diverse team into the process, develop a work plan, address CLAS Standards, pilot ideas, develop policies and procedures and establish an effective flow of communication. Outcomes and projects include: 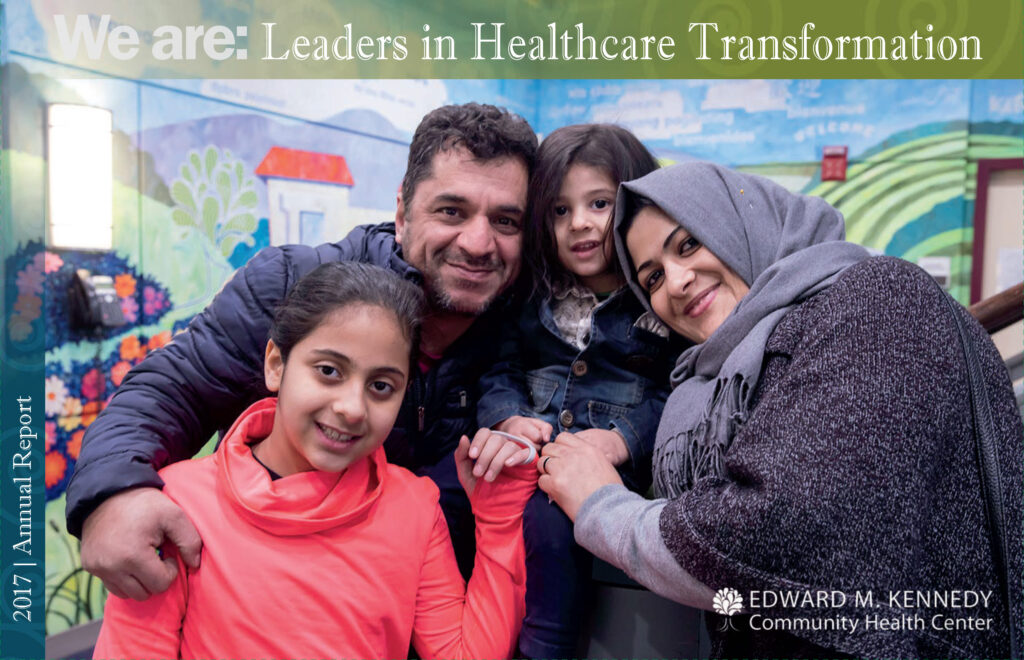