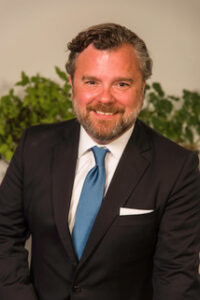 The Board of Directors of the Edward M. Kennedy Community Health Center announces that Stephen J. Kerrigan has been selected as the organization’s new President and CEO, effective July 2, 2019.  Mr. Kerrigan will succeed Antonia G. McGuire, who joined the organization in 2008.  Ms. McGuire announced her planned retirement in September 2018.

A native of Central Massachusetts, Mr. Kerrigan brings a strong background in organizational leadership, strategic planning and government relations to the position.  A former aide for the late Senator Edward M. Kennedy, he also served as Chief of Staff for Attorney General Thomas F. Reilly, and as President and CEO of the 2012 Democratic National Convention and the Inaugural Committee for the 57th presidential Inauguration. Mr. Kerrigan is a graduate of the University of Maryland, College Park, MD, and was a Resident Fellow with the John F. Kennedy School of Government, Institute of Politics at Harvard University, Cambridge, MA.

“Throughout his expansive career working with Senator Kennedy’s office and the Office of the Attorney General, as well as through his volunteer efforts supporting military families, veteran services and women’s healthcare, Steve has fought for health priorities that support the hard working families that Kennedy CHC serves,” explains Valerie Zolezzi-Wyndham, Board Chair.  “Steve has certainly lived his commitment to advancing equity.”

“I am grateful to the Board of Directors for their confidence and very much looking forward to the mission driven partnership we will all have as we work to help people live healthier lives,” shares Mr. Kerrigan.  “Health care for all was the cause of Senator Kennedy’s life and it is my honor to work with the Health Center and its many supporters and partners to make that cause a reality for the people who live and work in the communities we serve.”

As of July 2, 2019, Mr. Kerrigan will be located at Kennedy CHC’s administrative offices at 650 Lincoln Street, Worcester, MA.